Where do you want to go?

Best Places to Golf in Scotland by Betsy Beier

Although golf-like games were played in other parts of Europe as early as the 1200's, it is thought that Scotland is where the modern game of golf as we know it was invented. The first written mention in Scotland was in 1457 prohibiting the play of golf since it distracted from practicing archery, a skill used for military purporses. But the real spread of golf happened in the late 1800's when train service from London to Edinburgh was much improved. Golf spread across the British Isles and then further to the entire British Empire. Even with the expansion of golf courses worldwide, it is still a rite of passage for many golfers (professional and amateurs alike) to head to the wind swept coastlines of Scotland to play on some of the most famous courses in the world. This illustrated map shows just a few of these top courses.

I visited Orkney over 10 years ago and I still can't get it out of my mind, one of the most amazing places filled with history from neolithic settlements to shipwrecks, art and chapels as well as the most incredible seascapes and sea stacks filled with wildlife, can't wait to return! 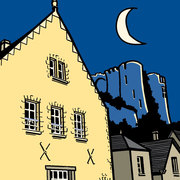 "One of the Most Beautiful Village in France"

Explore the natural environment along the meadlowland paths.

The Royal Town of Loches, France by Catherine Pivet

My Trip to Hiroshima and Okayama, Japan by SY's Painting

Hiroshima is a peaceful and beautiful city, with the passion of the fans of Hiroshima Carp, a famous baseball team in Hiroshima!

People take photos during their trip, I take photo of my paintings after the trip.

I've been traveling in Peru and Bolivia, for the first time ever in Latino America, during winter 2015. Such an amazing experience and a great journey ! Magnifico !

The 2016 Monsoon has officially begun!

The North American Monsoon, otherwise known as the Mexican Monsoon or the Arizona Monsoon, is a pronounced weather pattern change over the Southwestern United States. It generally starts in early July and continues through mid-September.

This seasonal pattern change brings moisture up from the Gulfs of California and Mexico. This departure from the normal west to east flow decreases rain on the Great Plains and increases rain on the east coast. But most importantly, it brings the rains that bring the mountains and the deserts of the Southwest to life.

A Room With a View in Florence, Italy by Ohn Mar Win

Florence is such a magnificent city and I've had the pleasure of visiting several times. I have wanted to create a map based on E.M.Forster's novel, and subsequent film adaptation for many years. I have included some of the city's iconic architecture with reference to its role in the novel/ film. I hope to have captured some of Florence's enchantment and romance.

A Bike Route from Scotland to Vietnam by Alex Hotchin

A Route Travelled by bicycle and a Sea Faring Vessel or 2.

Historical site on Kizhi island. The island is located on Lake Onega in the Republic of Karelia, Russia. The pogost is the area inside a fence which includes two large wooden churches and a bell-tower. The pogost is famous for its beauty and longevity, despite that it is built exclusively of wood. It was included in the UNESCO list of World Heritage sites. 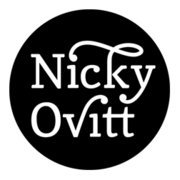 Client commissioned map of the 128-acre Circle Bar Ranch. Comprised of 13 distinctive blocks, the vineyards include seven different soil types, and is planted to 11 Pinot Noir clonal selections. The incredible range of flavors grown here gives our winemaking team numerous blending options in any given vintage. The well-draining soils of Circle Bar cultivate intensely flavorful red wine. The northern section of the ranch, in particular, has a distinctive volcanic ridgeline that provides optimal conditions for Pinot Noir.

This map combines five of the witchiest places around the world into one, continuous landscape. Follow the witch's path through Salem, Holmavik, Glastonbury, Black Forest, and Triora. Happy flight and godspeed!